During the course of playing hockey, various damage can occur to a skate runner. This can happen many different ways, blades hitting each other, scraping against another player's skate, stepping on something off ice or around the rink, or from rust/corrosion. Below are some pics of what this damage looks like. 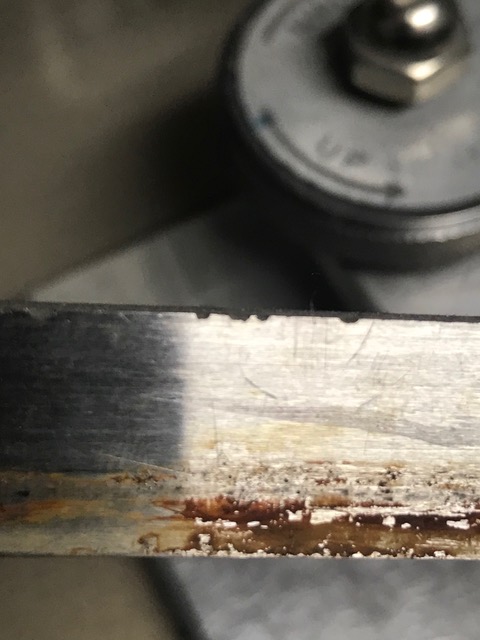 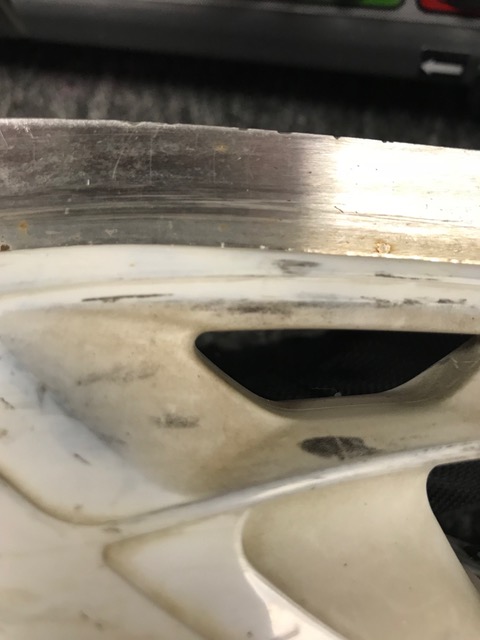 This damage is called pitting, it is caused by corrosion that happens when blades are left wet, or wet skate guards are left on the skates.  Water penetrates the steel and chunks of metal will eventually break off. As you can see in the pic, they can be very deep.  Generally, there can be many of these pits on a blade and they wont cause any issue while skating.

This damage is not removed during a regular skate sharpening.  It would take many skate sharpenings before they would be ground out. In many cases, the internal corrosion is so bad, that chunks will continue to break off. 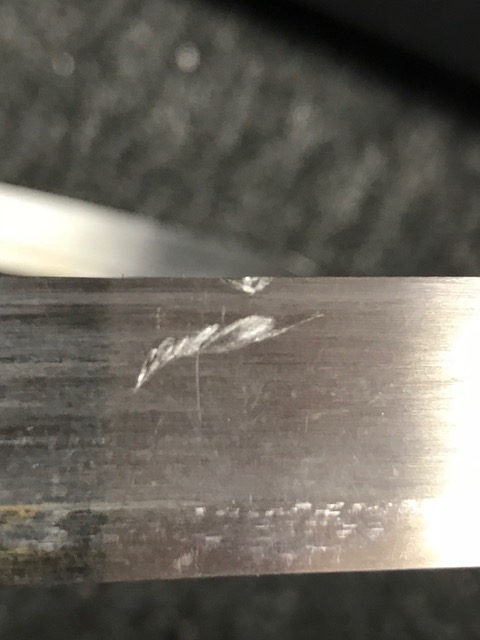 This damage is caused by one skate hitting another. Quite common when digging for pucks with your feet in the corner or when fighting for position in front of the net.  Can also be caused by contact with the net frame, going feet first into the boards, and even by stepping on small pebbles that are on the dirty rubber floors at the rink.

This damage will not always be removed by a regular skate sharpening. It may take many, many sharpenings to remove. Side damage like in the pics would take years of sharpenings to grind it out. Generally, a nick like it this pic will not cause an issue while skating, we side hone the area to remove protruding metal. 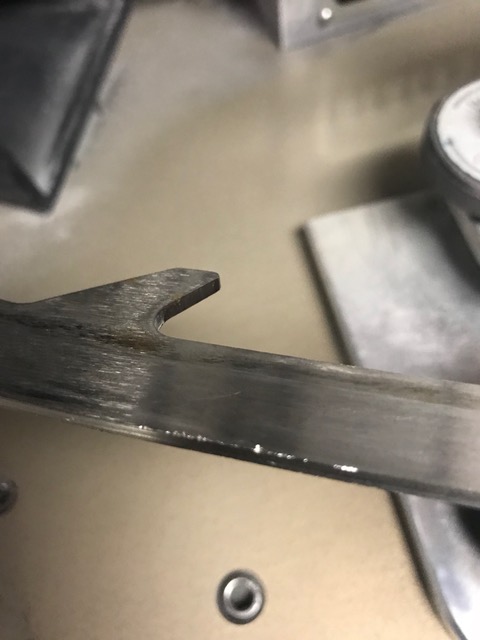 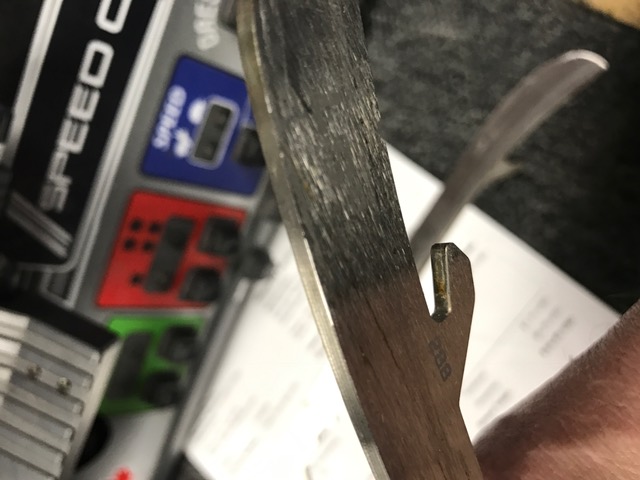 These light scrapes wiped out the edge, but usually they can be repaired with a regular sharpening.